My Thoughts on Separating Children From Parents 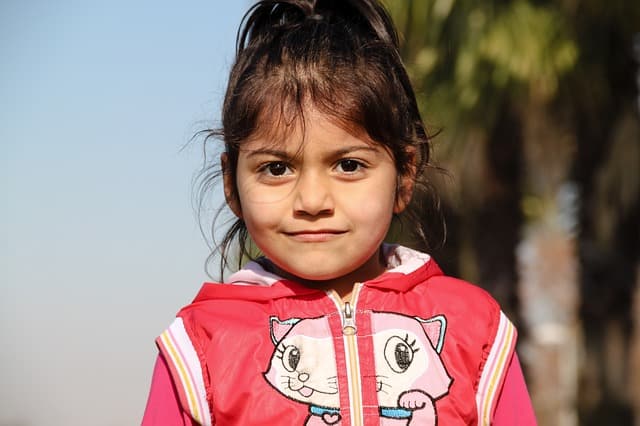 If you’ve turned on the television or gotten on social media in the past week, you’ve obviously been beaten over the head with what’s going on on our southern border.

It has started a conversation that’s long overdue, but certainly not a new one. The law hasn’t changed from the last administration to this one, President Trump is simply enforcing it in a stricter manner.

This, as a result, has brought up consequences that we haven’t seen to this degree.

Americans are having what I call a “battle between the head and the heart”. On one hand, laws on the books need to be kept, and there must be consequences for those who knowingly break them.

On the other hand, we might ask ourselves if there are ways to enforce (or change) these laws as to allow more compassion within the system, especially for those who are already destitute. 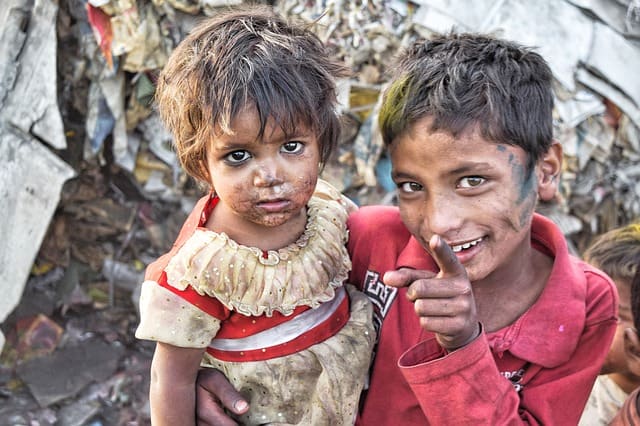 I believe there is middle ground here, and aspects of both of these ideas can coexist within the same mind. The vitriol on both sides of this issue is maddening, and the motives impugned on the other side aren’t the least bit fair, or helpful.

I’m not going to solve this situation with a blog post, nor am I going to share a fire-spitting opinion just to get page views. Instead, I’d like to turn your attention to an important question:

Do Americans actually care about separating children from their parents?

There’s no doubt that children suffer when they aren’t with their parents, both physically and emotionally (Dawson, Deborah. “Family Structure and Children’s Health and Well-Being: Data from the 1988 National Health Interview Survey on Child Health.” Journal of Marriage and the Family53: 573-84).

I contend, that as a nation, we’ve come to the rescue of those we don’t personally know as we erode the familial fabric here at home with those that we do.

If we really cared about separating children from parents, would we let nearly HALF of children here experience almost the same thing through divorce? Half of this group will go on to witness their parent’s second divorce. One in ten children will see three or more divorces before their eighteenth birthday! That’s 7-12 million kids, by the way. (Gallager, Maggie. The Abolition of Marriage: How We Destroy Lasting Love)

Once again for those in the back-

It’s more damaging to your child psychologically if you divorce your spouse than if you die.

*Not to mention they get lower grades, have poorer physical health, twice as likely to commit suicide, receive lower-paying jobs, more likely to abuse drugs, drop out of school, and more. 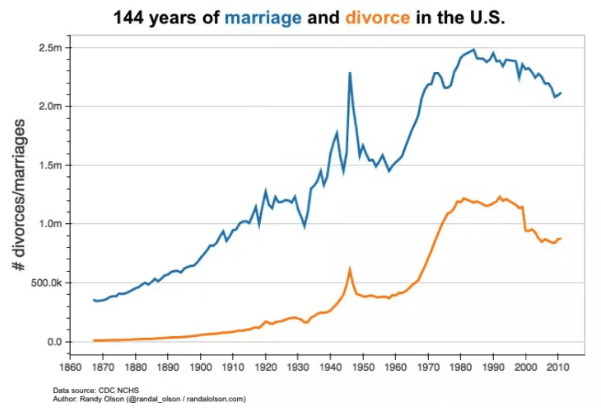 As you can see, divorce rates have climbed along with marriage rates. Less people are getting married these days, but the divorce rate remains nearly the same for those who do.

Are we only compassionate about the subject of separating children from parents when dealing with people we don’t know, while watching our own families experiencing something eerily similar? Something usually within our control?

This isn’t even bringing up the most gruesome and literal way children are being torn from their parents, which is through abortion. We know children need parents, but nowhere is it more blatantly obvious than in the womb, when even the most basic elements of life are dependent upon a parent.

We should be ashamed as a country that we’ve allowed ourselves to follow this path, then feign virtue when it comes to people we don’t know and may never meet.

Two nights ago, I watched a man on a news program yelling into the camera. He was obviously passionate about the issue, and all his words made sense on the surface. I looked up his name to see his background. He is a father of two children, divorced twice, and is a rabid abortion-supporter, no limits.

His words were hollow to me.

I fear that our country’s rhetoric has become more and more hollow as we hypocritically take stances on subjects about which we know a lot, but practice little.

My invitation to you, as you form opinions on what’s happening on our southern border, is to consider how we treat children in our own country, and what we can do to protect them as well.

Kids need parents, no matter where they live.